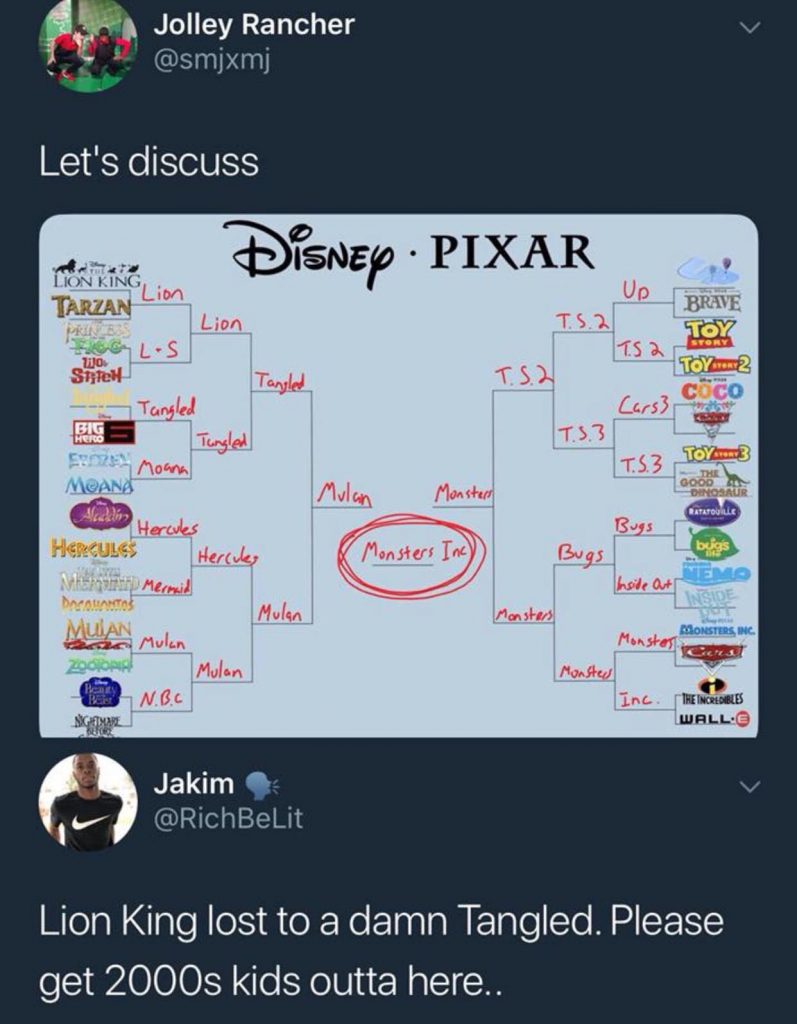 We did, and we’re triggered. So we’re ranking Disney movies today.

It’s like the debate of the century for any 90s kid: what’s the best Disney movie? Yeah yeah, Pixar’s in there too. But really. Disney. Because we love Disney.

Today we were standing around drinking (yes we do actually get work done here sometimes, but work’s not what prompted this blog post) and debating Aladdin Prince of Thieves. Don’t ask what that debate was about cause we don’t have time to cover that and this. But that debate and the above image led to the much larger debate of what’s the best Disney movie?

We’re an office full of 90s kids. We’ve got opinions.

But, only one of us gets to write useless blogs. So here’s that one person’s ranking of the top 10 Disney movies (she has chosen to be nice and take into account the opinions of the other people involved in the debate).

Really, anything after The Lion King doesn’t actually matter. It’s the best one. By far. No argument. But we had to take into account the favorites of everyone in the office, so that’s what makes up the rest of the list.

You probably disagree with our choices

We don’t care. We’re right. Because, really, it’s impossible to definitively rank Disney movies. It’s just too controversial. Except that, for sure, The Lion King is always #1. 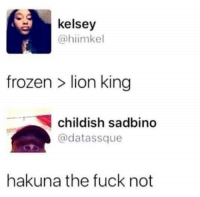 The Intentionality of It All: W&K’s New Look

The Great Thanksgiving Debate: Love It or Hate It? 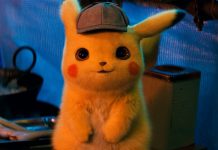 5 Things in the Detective Pikachu We’re About

What is Social Media Marketing? 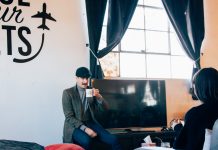 Dynamic Ads and Why They’re Dynamite 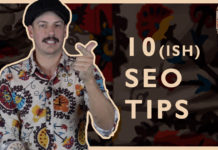 Supply and Demand & its Connection to Marketing

ABOUT US
Wolf & Key was started by brothers-in-law Adam Morley and Taylor Draper. Our name comes from two of the main business principles we abide by: being aggressive as a wolf and opening doors to new opportunities. We're most passionate about taking that incredible, awe-inspiring passion that you have for your business and helping it grow through digital marketing strategies. We're also committed to a no-bullshit approach, so you can count on us to shoot it straight and tell it like it is. We love working with the right companies, so if we’ve piqued your your curiosity, then give us a call. Shoot us an e-mail. Send up a smoke signal. Whatever floats your big, shiny, (and smokey) boat.

Apply To Be A Client
Contact us: hello@wolfandkey.com
FOLLOW US
© Copyright 2022. Wolf & Key Marketing. All Rights Reserved.
MORE STORIES

5 Things in the Detective Pikachu We’re About

5 Places the Pack Loves to Go in Colorado Springs