This is freaking important, guys.

We do a segment in our Wolf & Key weekly newsletter, The Howl, called “Why is Lynn Triggered?”

This blog post would have been a part of one of those segments, except this topic is SO D*MN TRIGGERING that we (by that we mean Lynn) believed it needed it’s own dedicated post. So here we go.

Apart vs. a part. Which one do you use?

Apart is an adverb, and it denotes separation. So think space between. Like “we were apart for a whole year and it was terrible ’cause we’re basic and co-dependent.”

A part indicates that something is a fraction of a whole. Think “I’m a part of this rad company called Wolf & Key.” Contrary to what social media may believe, you can’t “be apart of this great team of people that does all this awesome shit except look up the difference between apart and a part before we use them in a sentence.”

So that’s that. The apart vs. a part debate (which isn’t really a debate but should be) is actually pretty simple if you just try for like, a second. And yeah yeah, we get it. Grammar stuff is so boring and why do we even care. But you should care. Because the way you write (specially if you’re writing for, say, your business) is a reflection of who you are and the brain you have inside your head.

If you want to present yourself as a professional, whether you’re copywriting for a company or just trying not to look like an idiot on Facebook, then you better use good grammar. Some people still care about that shit.

Copy That: Our Favorite Copywriting Tips 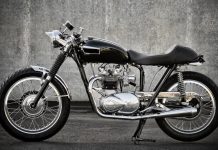 How to Create Money-Making Blogs in 2018

From Crickets to Conversions, Why Your Audience Matters

What to Expect From Your Digital Marketing Agency

What is Social Media Marketing?

Scripted Out: 5 Tips on Scripting Your Marketing Videos

Supply and Demand & its Connection to Marketing

ABOUT US
Wolf & Key was started by brothers-in-law Adam Morley and Taylor Draper. Our name comes from two of the main business principles we abide by: being aggressive as a wolf and opening doors to new opportunities. We're most passionate about taking that incredible, awe-inspiring passion that you have for your business and helping it grow through digital marketing strategies. We're also committed to a no-bullshit approach, so you can count on us to shoot it straight and tell it like it is. We love working with the right companies, so if we’ve piqued your your curiosity, then give us a call. Shoot us an e-mail. Send up a smoke signal. Whatever floats your big, shiny, (and smokey) boat.

Apply To Be A Client
Contact us: hello@wolfandkey.com
FOLLOW US
© Copyright 2022. Wolf & Key Marketing. All Rights Reserved.
MORE STORIES

How to Create Money-Making Blogs in 2018